​​"This book stands out among works of the emerging new generation of anarchist theorists. Unlike much of the trendy “post-anarchism,” it is firmly grounded in political philosophy and the history of anarchist thought. Jun shows that ideas often seen as bold new “post-modern” innovations—above all, the critique of representation—are in fact deeply rooted in the anarchist tradition. He debunks the equation of classical anarchist theory with the weakest aspects of modernism and shows anarchism to be a powerful radical tradition that goes beyond the limits of conventional liberalism and socialism. Jun presents strong evidence that anarchism is now becoming most the promising theoretical alternative within the dissident academy." - John P. Clark, Gregory Curtin Distinguished Professor of Humane Studies and the Professions and Professor of Philosophy, Loyola University. 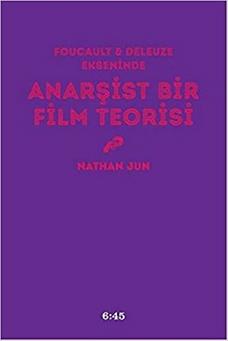 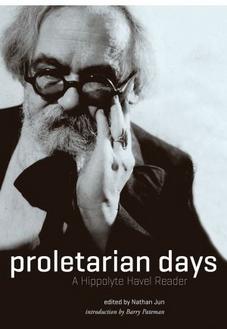 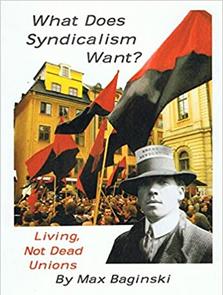 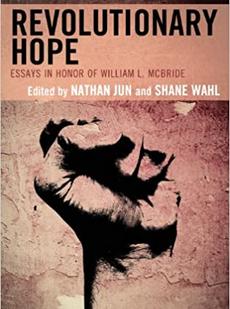 "With over twenty-one chapters written by a diverse range of activists, organizers, musicians, artists, poets, and academics, this book transgresses the apparent simplicity of the study of anarchism with a dynamic and interdisciplinary approach that crystallizes and emulates the heterogeneous nature of the anarchist ideal. From theory and philosophy to historical analyses, methodologies, and perspectives, from different manifestations in the arts, media, and culture to religion, ethics, and spirituality, from the intersectionality of animal liberation and queer struggles to contemporary praxis and organizing, the authors explore different topics from a critical perspective that is often lacking in their respective academic fields. This book is a must- buy for critical teachers, students, and activists interested in studying anarchism and the different ways in which we can transform our reality." 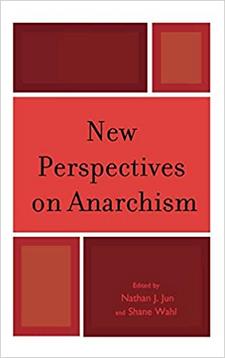 "William McBride has been a tireless advocate for Sartre studies. In fact it was due to his efforts that the North American Sartre Society came into existence: a society that has been thriving ever since and will in 2013 be organizing its twentieth conference. His knowledge of philosophy is encyclopedic and his awareness of trends knows no bounds. He is an indefatigable traveler and he is usually on his way to some faraway city to organize or attend a conference, give a paper or sit on a committee. Everyone knows Bill for his carefully pondered insights and clearly articulated comments and, as a consequence, this tribute should find an appreciative audience worldwide." - Adrian van den Hoven, University of Windsor 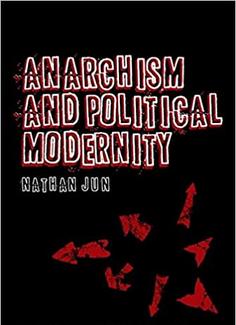 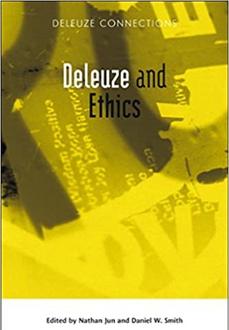 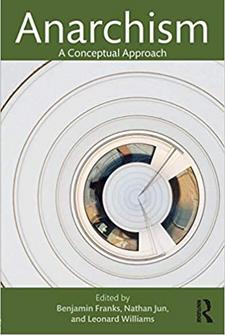 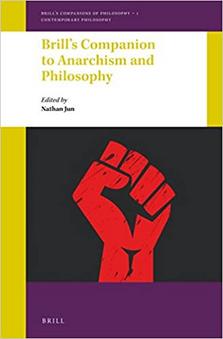 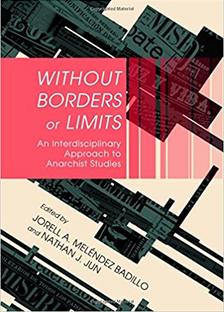 "Franks, Jun and Williams’ pioneering application of Michael Freeden’s approach to ideology gives us a rigorous, sharp and fresh account of anarchism. Showing how anarchists have interpreted key concepts, contributors to the volume explain the distinctiveness of anarchist analysis, exploding some entrenched myths about the inconsistencies of anarchist political thought in the process. The editors’ arrangement of these contributions creates an invigorating picture of anarchist ideology. If it’s possible to imagine alternative conceptual mappings, it is because they have demonstrated how anarchism can be constructed and re-constructed in its own terms." - Ruth Kinna, Professor of Political Theory, Loughborough University

"What Does Syndicalism Want? was first published in 1909, when the syndicalist revolt was growing worldwide. Baginski is clear in his call for working class rebellion: the task is not to fight simply for better conditions but 'to break the chains of wage labor and at the same time the shackles of servitude to the state.' At the same time, Baginski is no joyless martyr to 'the cause': personal freedom joins collective struggle at the core of his anarchism."

“Hippolyte Havel was an uncompromising revolutionary, an historian, a propagandist, and a social and cultural critic of no small ability, who counted some of the world’s foremost radicals and artists among his good friends. This meticulously annotated collection provides us with a fascinating, kaleidoscopic view of Havel’s tumultuous world and times, as seen through his own eyes.” – Kenyon Zimmer, author of Immigrants Against the State: Yiddish and Italian Anarchism in America

​​“This deftly annotated collection rescues from obscurity the life and thought of a steadfast transnational agitator, who struggled mightily to resuscitate U.S. anarchism in the wake of severe state repression." —Andrew Cornell, author of Unruly Equality: U.S. Anarchism in the 20th Century

"New Perspectives on Anarchism is a tour de force. This collection of essays by such a large, diverse, and distinguished group of contributors, treating the subject from so many different perspectives, is likely to play a major role in dispelling negative stereotypes and making anarchism a significant topic in the discourse of contemporary social and political philosophy." - William L. McBride, Purdue University

"New Perspectives in Anarchism is not only timely, but an important testament to the growing importance of anarchist thought in our era. The book contains crisp ideas that analyze anarchism from multiple perspectives. Like all good books, this volume does not contain a set of prescribed concepts or stilted dogma. Rather, expect a sea of sharp critiques, all revolving around issues of equality, freedom, power, and justice." - Luis A. Fernandez, author of Policing Dissent and co-editor of Contemporary Anarchist Studies

"Ethics plays a crucial, if subtle, role in Gilles Deleuze's philosophical project. Michel Foucault claimed that Anti-Oedipus was 'a book of ethics, the first book of ethics to be written in France in quite a long time.' But what is the nature of the immanent ethics that is developed in Deleuze's thought? How does it differ from previous conceptions of ethics? And what paths does it open for future thought, given the ethical challenges facing humanity in so many domains? Each of the eleven essays in this collection explores the ethical dimension of Deleuze's thought along a new and singular trajectory, and in so doing, attempts to reclaim his philosophy as an ethical philosophy."

"Despite the recent proliferation of scholarship on anarchism, very little attention has been paid to the historical and theoretical relationship between anarchism and philosophy. Seeking to fill this void, Brill's Companion to Anarchism and Philosophy draws upon the combined expertise of several top scholars to provide a broad thematic overview of the various ways anarchism and philosophy have intersected. Each of its 18 chapters adopts a self-consciously inventive approach to its subject matter, examining anarchism's relation to other philosophical theories and systems within the Western intellectual tradition as well as specific philosophical topics, subdisciplines and methodological tendencies."